The Bondage of People-Pleasing and The Freedom of Humility 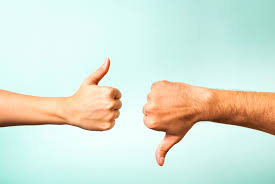 Sarah is the mother of five children who still craves the approval of her mother.  Feeling that the problems in her home were caused by her arrival as an unwanted addition to her family, she set out to prove she could make her parents happy with her. Believing that fights between mom and dad were caused by the stress that she brought into their relationship, she often became their mediator. Seeking to solve her parents’ marriage problems, she sought every possible way to please them. Unable to do this, she, in desperation, sought affirmation from other people outside of her parents. Being for others what they wanted her to be became a theme in her life. Seeking affirmation and love, she sexually compromised with several boys in high school and college and resorted to numbing her pain with alcohol and drugs. Sarah was unsure of her identity and to whom she belonged. All she ever wanted was to know that someone was pleased with her and that her existence mattered.

Sarah’s problem is one that plagues many people and occasions many of those who seek counseling. She cares, in wrong ways, what people think about her. The power of the approval of people drives people to do things that seem altogether foolish. The various ways we go about improving ourselves in order to fit in, be accepted, or rise above others is vast.  Pondering the question of what makes it so hard for us to not care what other people think lead me to read Tim Keller’s small booklet, The Freedom of Self-Forgetfulness. In this booklet, Keller expounds on Paul’s text in 1 Corinthians 3 and 1 Corinthians 4. I drew several good points of understanding from the text and Keller’s explanation of it. I will share more of that later. Another good book that I have read several  years ago that has helped me both see this issue in myself and also given me a biblical understanding of how to battle it is Ed Welch’s classic book, When People are Big and God is Small. One other book that I highly recommend is Andrew Murray’s classic, Humility. These three books are highly recommended for those of us who care too much what others think of us and the degree to which we are accepted and pleasing to other.

People-pleasing, the fear of man, self-esteem, the quest of acceptance and approval are ways of describing the phenomena connected to the root sin of pride. Keller sees it as a problem of the ego which is empty, fragile, busy, and painful. We are continuously seeking a positive evaluation from other people which we believe will fill us, confirm us, and thus bring us satisfaction. Pride swells when fed with affirmation of personal worth. Though we are created in the image of God, and thereby of value in displaying Him, we are nonetheless unworthy of seeking our value apart from it. The quest to find personal value by my own efforts and the affirmation of other is an empty pursuit. God did not create us to find worth in the praise of others. If praise would satisfy, then popular actors and actresses would be of the happiest people. But in reality, we find the opposite to be true. Praise of self fills the void of the soul with a mercurial and vaporous substance. It cannot sustain the cravings of the soul. When people are driven by a craving for affirmation, when given they only want more. The anxious pursuit of more only increases the sense of not enough. What is the answer?

But with me it is a very small thing that I should be judged by you or by any human court. In fact, I do not even judge myself. For I am not aware of anything against myself, but I am not thereby acquitted. It is the Lord who judges me.

Notice that Paul refuses to be judged (evaluated) by anyone, which includes his own evaluation of himself. He will not let opinions of himself deter him from his calling and sense of identity. In what did he find a sense of identity? He found his identity and meaning in Christ. Christ’s finished work of redemption, accredited to him by grace through faith, was the basis of Paul’s confidence and sense of identify. Paul understood that Christ’s death, burial, and resurrection purchased for him all the righteousness required by God for relationship with Him as his son. His standing with God was not based on his own merits, but rather the merits of Christ, given to him as a gift of grace. His standing before God formed the foundation for his personal sense of identity and the purpose of his activities was to learn more of the wonder of His grace and thus to live in the joy of it. He was not buffeted by the opinions of others, whether affirming or condemning. He was in Christ, secure, meaningful, and free.

Notice also that Paul never forgot what he is outside of Christ. In 1 Timothy 1:15, he writes:

The saying is trustworthy and deserving of full acceptance, that Christ Jesus came into the world to save sinners, of whom I am the foremost.

Paul’s humility was sourced in gospel awareness of his sin and God's gracious provision of grace. Humility is the posture of all adequate self-appraisal. It provides proper thinking and evaluation of self and God, and thus leads to an identity rooted in God's worth and work not ours. In doing so it destroys concern for human approval and praise. Paul allowed neither a view of his accomplishments nor his view as "chief of sinners" to define him, nor did he allow either to become a reason for hindering his ministry. The goal of self-knowledge is not to drive us toward thinking more of ourselves, but rather toward attention to Christ, who is our righteousness (2 Corinthians 5:21) and in Whom we have new identity (2 Corinthians 5:17). Thus, thinking of self less and thinking highly and often of the Lord Jesus is the means of confidence and identity.

Furthermore, the more we understand the gospel and our need for it, the more open we are to correction and rebuke, and less sensitive to negative criticism, because the desire to change is growing in accordance with that understanding. In that understanding we are free to receive correction but also to celebrate the successes of others. We are neither impressed nor unimpressed by ourselves, but rather delight in the glory of God seen in all things. We therefore want all the more to be conformed to that which is true of Him. Not for the sake of our spiritual ego, but for the glory of God, which we've come to love. Joy is moving away from a life of being centered in on me, and rather rejoices in one that is centered in on God and all that He is for me in Christ.

Seeking the approval of people on the grounds of pride is an empty pursuit. It will not provide security or joy. People-pleasing is an empty well leading to deeper pain and despair. As Tim Keller’s booklet describes, our assessment of self, based on the verdict of self or others, is both inaccurate and unhelpful. In the end, it is one based on a quest to attribute value and importance to self. In a word, it is pride. As in the story of Sarah, we are constantly on trial when the verdict comes from people and circumstances. In that condition, our defense attorney is our performance and the associations with people we value. Our verdict is based on OUR performance. Sarah needs to realize that the trial is over and the verdict is complete and final because the verdict is based on the performance of Jesus and her union with Him. He is her defense attorney. His performance gains her the verdict of righteous. Jesus’ performance (His nature of perfection and compliance with the law, His death, burial and resurrection), provides all that is necessary to grant her that verdict. Sarah can now live out of her identity as chosen, made righteous, adopted, redeemed, forgiven, and more, rather than trying to earn those benefits and gain the approval of God and others. Humility is the recognition of these truths, embraced and enjoyed, in the freedom for which they are given.