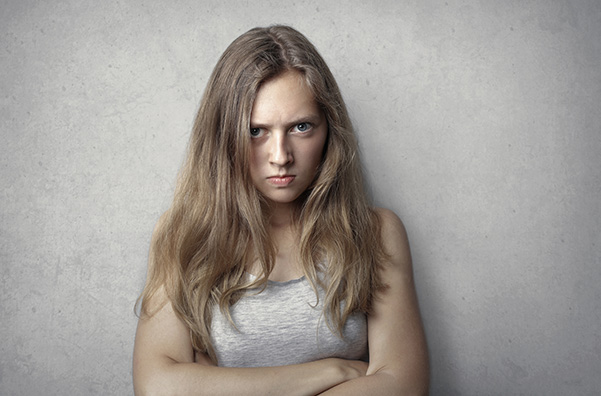 Everyone either struggles with it, or has experience with someone who does. Anger is prevalent in its various forms. On a continuum we can soft-sell it as frustration or watch it in the fireworks of rage. In whatever way it is experienced, we can feel alternately powerful and subsequently uncomfortable or full of shame. What is anger? Is it an emotion, an experience, or something more? What does the Bible say about anger? How does the Bible define it? How does the Bible portray it? And what does it tell us we to do about it?

The scriptures tell us that anger is anything but neutral, against much of what current literature depicts about it. Anger, like nothing else, reveals what is truly lived for, valued, and treasured. Anger should be understood as always moral, always demonstrating adherence to God's standards of the heart and conduct.

The Bible does not condemn anger per se, but does have much to say about it. In fact, God is oftentimes depicted as being angry and, in fact, wrathful. His wrath is His holy reaction to sin. Though similar to our own righteous anger, God's wrath is His pure, undefiled reaction to anything that is outside of His glorious intention. On the other hand, we see our own anger resembling that of the evil one more commonly than to that of God's holy displeasure. God's anger is always against sin, following His holy character toward the elimination of whatever stands against His holy intentions.

What Causes Our Anger?

Our anger, on the other hand, rather than being aroused by the sin, cruelty, or injustice of others, is oftentimes resulting from how other people's behavior affects us in our quest to get what we foolishly believe will best serve our lives. It is not the fact that the behavior of others dishonors our Lord and is in cross-purposes with His intentions, but that it messes with our own mini-kingdom, where we sit firmly ensconced as mini-sovereigns, intent on our will. Therefore, in order to better understand the Bible's perspective on anger, we must understand where our hearts go astray in moments of fully-felt justification for reactions to circumstances that rouse our own. This is what James has in mind when saying,

Know this, my beloved brothers: let every person be quick to hear, slow to speak, slow to anger; for the anger of man does not produce the righteousness of God. (James 1:19-20)

Someone will say, "But doesn't the Bible tell us that we should be angry, but just not sin in it." Ephesians 4:26 does indeed seem to imply that anger is a neutral emotion that only goes sour when it gets expressed as sin. However, we must be careful to understand that anger is more than an emotion. Anger accompanies beliefs and desires. The presence of sin, injustice, cruelty, and such should arouse displeasure of strong proportions. But in order for anger to be righteous, it must find its proper place in regard to God's glorious desires.

The Bible is clear in its identification of the cause or motivation of ungodly anger. We need look no farther than Satan, the author of lies and murder (Rev. 12:12; John 8:44), to understand the core motivation for ungodly anger. His anger was rooted in pride (desire to be God and that things go his way). All ungodly anger follows the same course. It is felt and expressed as hostility toward that which stands in one's way. Though the initiating and provoking circumstance may have been plausible and a legitimate reason for anger, the subsequent desires for the destruction rather than the redemption of the source of provocation goes ungodly very quickly. Grace, humility, submission, patience, gentleness (the fruit of the Spirit) are never in the picture when ungodly anger is being experienced or expressed.

The Angry Person is a Fool, Living for His Own Desires

A frequent theme of the book of Proverbs is anger. In fact, when addressing the issue of anger, the Proverbs seem to differentiate the wise and the fool by how they handle anger (for example, Proverbs 14:29). The fool is one who fails to consider the condition of his heart and consequently evaluates situations from a self-oriented point of view. It is no surprise that he is perpetually angry.

As said before, anger is the emotion following the experience of our not getting our way. Godly anger is experienced when what God wants is of the utmost importance to us. When His will and ways are our focus, our anger will be bridled for His purposes - in timing, expression, and goal. And why is that? Because the value of God's glory and love for other people have become central themes in our lives.

Ungodly anger results when we are disinterested in God's glory and our focus is on ourselves. It is self-willed and stubborn, seeking to gain advantage for the sake of self. For example, if I crave peace and quiet after a day's work, then I will snap at my children when they quarrel and disturb my time with the remote control and diet Coke. Or if I crave the approval of others, believing that my standing with them is paramount to my success in life, then I will brood when I sense I have been shunned or criticized.

The fruit of this sort of anger is always punitive, divisive, and cruel. Oftentimes it is intended to control in order to get our way. It is self-centered, rooted in pride, and devoid of concern for others. The results: embittered children, lost jobs, frightened employees, ruined friendships, health problems, broken relationships, and more. Ungodly anger perpetuates itself. Its expression only reinforces the underlying beliefs and desires that fuel it.

Blame shifting, brooding, carping criticism, pouting, sarcasm, judgmentalism, cutting words, cursing, grumbling, negativism, manipulation, whining, complaining - all these are forms of expression of anger - all of which the Bible condemns.

God is Against Ungodly Anger

With all this said, the Bible is clear that ungodly anger does not accomplish God's righteous purposes (James 1:20), but instead is actually against Him. Jesus equates anger in our hearts as murder, because its intention is the destruction of the person that stands in our way (Matthew 5:21, 22). We are warned to avoid the persons from whom we might be shaped by and learn such anger (Proverbs 22:24). Though it can be learned, ungodly anger arises out of our hearts already saturated in rebellion and self-seeking (Mark 7:20-23).