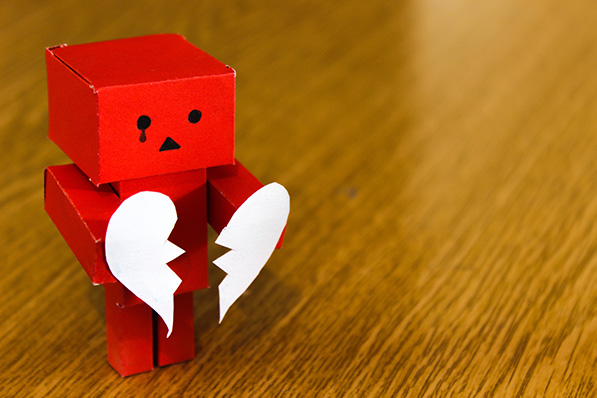 Perhaps no topic is as tender and potentially controversial as divorce. Churches are experiencing alarming numbers of divorces among their memberships, thus weakening the very fabric of the church itself. Families are torn apart, many times leaving disillusioned and angry spouses, along with the bitterly painful reality of broken-hearted children. In order to understand how to address this issue in practical terms, we must first have a biblical understanding of divorce.

First, let's note that the Bible both recognizes and thus provides regulation concerning divorce. It does not, under all circumstances, condemn divorce. However, because God's intention for marriage is that it would display the covenant reality of Christ and His church, divorce becomes a tragedy of proportions far beyond that of its participants.

Malachi 2:16 declares that God hates divorce. However, we must be careful to understand that this does not mean that there is nothing about divorce that could be anything but detestable to God (see Jer. 3:8). God neither hates all divorces in the same way, nor does He hate every aspect of divorce. What God hates is the occasion of every divorce - even the one that He gave to sinful Israel (see Isaiah 50:1; Jeremiah 3:8). He hates the resultant consequences placed upon children and injured parties. He hates divorces wrongfully obtained (i.e., those not in accordance with scripture). He hates the sin that brings about the occasion of divorce. Therefore, in order for us to accept what the Bible says about divorce we must maintain a balanced, biblical attitude toward it. We must hate all those things that God hates about divorce, while recognizing that in a fallen world there are those situations where it is permissible to divorce. Divorce, and the sin that occasions it, can be forgiven. Sin always brings misery and hurt. We should seek to restore, not condemn.

A biblical definition of divorce is necessary in order to rightly understand its implications and applications. Divorce is a declaration that the promises made concerning covenant companionship are no longer expected, required, or permitted. Old Testament usage of the term (see Deuteronomy 24; Isaiah 50:1; Jeremiah 3:8) means "to cut off." The NT usage (apoluo) means "to loose from, to put from, put away, send, release, or dismiss." Fundamentally, the concept of divorce means the severing of the covenantal relationship that previously existed.

There are several texts that address the issue of divorce. We will narrow these to a few for the sake of brevity, and yet hold to accuracy. In I Corinthians 7, two different groups are addressed concerning divorce: the Christian with a Christian spouse (vv. 11-11), and the Christian married to a non-Christian spouse (vv. 12-16). To the first group Paul gives no grounds for divorce, but does provide instruction concerning post-divorce behavior and intentions. He states that if someone disobeys the command to stay married (to the same spouse) and dissolves the marriage, that person is to remain unmarried so that she will be in a position at all times to repent and be reconciled to her husband. Paul's intention was not to address when divorce is permissible, but to provide a means of reconciliation in the event of a divorce. A divorce is a divorce regardless of the intention or grounds. Therefore, the obligations and privileges of the marriage are dissolved. They are to remain single unless reconciling with one another in marriage.

When Is It Okay to Divorce?

So when does the Bible teach that divorce is permissible between two believers? Two passages that address this are Matthew 5:31-33 and Matthew 19:11. In these texts Jesus possibly establishes the one and only ground on which believers may divorce – fornication (a general word for sexual sin, porneia).i Though this text provides a possible exception to the imperative to remain marriage, it does not represent a requirement. In other words, those situations that may qualify as an exception do not create a requirement for divorce. Couples can stay together if they so choose.

There are at least two questions raised by these texts. First, is this a reference to remarriage? To answer this we must declare that there is really no way of separating the issues of divorce and remarriage. Therefore the teaching is that one commits adultery by marrying another unless he has divorced his previous wife because she has committed fornication (Matthew 19:9). The divorced wife and her second husband are warned that they will commit adultery unless she was divorced for fornication (Matthew 5:32). In other words, an unbiblical divorce means staying single; otherwise adultery is committed when marrying another. Second, is this the dissolution of an engagement or a marriage? The issue is centered on the word "porneia." The word porneia translates fornication or sexual sin, whereas moichao translates adultery. The terms are not interchangeable. Fornication refers to sexual sin of any and all sorts, which could apply to anyone (married or unmarried). Adultery is unfaithfulness toward one's spouse by introducing a third party into the relationship, which could only apply to marriage partners. Adultery has more in view than general sexual sin or fornication. Jesus' exclusion clause is based on the violating act (sexual sin, fornication), not its effect (adultery). Jesus wanted to cover all the bases (incest, bestiality, homosexuality, pornography, etc.). Adultery would narrow the focus more than Jesus intended.

As stated above, divorce is a serious matter - one in which married partners should enter into only after careful consideration of biblical regulations. Because marriage is a sacred institution intended to glorify Christ by representing His relationship with His church, divorce should be seen in its proper context. Couples should seek to live God's intentions in their marriage as the greatest means of minimizing the potential of exiting their marriage.

i Notice that I have used the words "possibly" and "possible." Another explanation of this text is that the sentence diagram in Matthew 19:9 suggests that the exception clause is aimed at the right to remarry, rather than the right to initiate a divorce. Understood this way, the meaning of the text would be that whoever divorces his wife in order to remarry commits sexual sin unless the spouse committed sexual sin.